The Vellala are a major agricultural caste who live in Tamil Nadu, a state of southern India. They speak Tamil and are Saivaite. The Velama and Ballai castes of the neighboring states of Andhra Pradesh and Karnataka, respectively, are believed to be historically related to the Vellala, but at present the three groups are separate and distinct. The Vellala are divided on a territorial basis and subdivided further into endogamous jatis or subcastes. As an integral part of an intercaste network, both ideologically and in daily life, Vellala culture is not an independent entity. It can be understood only in relation to other castes. The Vellala are a large heterogeneous category into which several upwardly mobile subcastes have successfully assimilated, at various points in time. They have done so by imitating a Vellala life-style. A popular saying throughout Tamil Nadu is: Vellalar high discipline their caste value, Hence identity is a matter of great concern to “true” Vellala subcastes who take enormous pains to keep their purity intact through strict endogamy, extreme caution when forming marriage alliances, restrictions on women, and so forth. Broadly, the numerous Vellala subcastes constitute two major categories ranked Hierarchically. Usually a subcaste’s name has a prefix denoting a place, a .further prefix, and an honorific suffix used in a particular Region, together forming a term such as “Tondaimandalam Kondaikatti Vellala Mudaliar.”

Since the Vellala are heterogeneous and live in multicaste environments, an estimate of the population is difficult. Current censuses do not provide statistics by caste. In some of the British period census reports, caste figures were given for some districts, and the Vellala constituted about 10 percent of the population. However, the criteria for defining Vellala seems to vary and there is no clear basis for interdistrict comparison.

Among the living South indian Languages, Tamil has the oldest recorded history and classical literary tradition. It is closely related to Telugu, Kannada, and Malayalam, which are spoken in the neighboring states. (Dravidian languages are also spoken in small pockets in Central and eastern India, and in Pakistan.) The contemporary Tamil script is derived from the Brahmi script, which is also the source for the scripts of the Indo-Aryan Language Group. The Vellala speak a dialect that is common among high-caste non-Brahmans in Tamil Nadu. It is different from the highly Sanskritized language of the Brahmans and also from the Language of the other castes. The Vellala of different districts flavor their speech with the local dialects.

Later, during cultural diversification, the Vellalars started diverging into small groups, depending upon the regions of Tamil Nadu that they inhabited. Thus, those of the Thondaimandalam became the Thondaimandala vellals (Mudaliars and few Pillais). This area includes the present day areas of Chennai, Chengalpet, Kanchipuram, Vellore, Cadalore, Arcot, Vadalore, and Thrivannamalai. In these areas, the Vella Mudaliars (also called Arcot Mudaliars) are the dominant community.

Those who inhabited the areas of Chola (Thichy, Thanjavur, and Pudukottai) and Pandiya mandalams (Madurai, Thirunelvelli, Thuthukudi, Kanyakumari, and Nagerkovil) became the Shoziya Vellar (or “Chola Velar”) and Pandiya Vellar respectively. Both these communities have Pillai as their surnames.

The Vellalas of the Kongu mandalam were called as Kongu Vellalas (Gounders or Kounders). This area includes Coimbatore, Salem, Pollaichi, Udagamandalam and Darmapuri, where the Kongu Vella Gounders are the dominant community. Its also said that the Pillai, Menon and Nair communities of Kerala also belong to the Vellalar community (the so called Chera Cellals).

Even though 90% of the Tamilian Vellalas have Pillai, Mudaliar or Gounder surnames, it should be remembered that not all Mudaliars, Pillais and Gounders are Vellalas. The vice versa is also true — thus sometimes some Vellalas have other surnames like Chettiar, Nayakar, and so on. Similarly the Adamudaiya Mudaliars and Senguntha Mudaliars (who form a significant number among the thondaimandala mudaliars) are, strictly speaking, non-vellals. The Adamudayars actually belong to the Mukkulathor community, which also includes the Kallars and Maravars. These three communities (as the name “Mukkulathor” — meaning three communities — have Devar has their surname. But latter the Agamudaiyars (the most upward community among the three) slowly migrated towards the northern part of Tamil Nadu, settled there, changed their surname to Mudaliar and mingled with the local Vellala Mudaliars. Similarly, the Senkunthars, who belong to the weaver community and form a significant population in Kancheepuram and Tirupur-Salem, started using Mudaliar surname for social upliftment, and started marrying with the Vella Mudaliars.

Among the Coimbathore Gounders (even though the word generally refers to the Kongu Vallala Gounders), other non-Vella Gounder also exist including the “Vettuva Gounders” or “Vanniya Gounders”. Even though both the Vellala Gounders and Vanniya Gounders share the same surnames, they belong to a totally different communities, and marriage between these two communities is forbidden by both of them. In general, among all the vellalas, the Kongu Vellalas are unique and follow totally different customs and traditions. Endogamy is very strong among their community, and they strongly believe in the purity of their genes. They have a unique social organization called “kootam” which the equivalent of the bhraminical “gothram”. Thus persons belonging to the same “kootam” are considered as brothers and sisters, and marriage between them is forbidden. Some of the Vella Gounders were also rulers and thus are considered as Kshatriyas. Their marriages are held by senior members of their family and not by Brahmins. Their temples also have Vella Gounder priests, unlike other temples which have Brahmin priests. Thus most occupations in their society is managed by members of their own community, except for jobs with low social status.

Of the three Vellala communities, the Pillais are the most exogamous. Thus in many parts of Tamil Nadu, there are many people belonging to diverse communities wh ocall themselves as Pillais — again for obvious social upliftment. Thus, the sub-caste system among Pillais is very diverse. Even among the Vella Pillais, eight major groups can be identified: 1. the Karuneega Pillai (Kanaku Pillai mainly in Thondai mandalam area), 2. Karkattha Pillai (Thanjavur kumbakonam area — many people belonging to this community are wrongly mistaken as Brahmins due to the strong association between these two communities in the Cauvery belt area), 3. Thuluva Vella Pillai, 4. Shoziya Vella Pillai, 5. Pandiya Vella Pillai, 7. Thirunelvelli Siva Pillai, 7. Nanjil Pillai (Sengottai Pillaimar) and 8. Kerala Pillai (Chera Vellalar).

Since there are so many sub-castes, hierarchy among them is inevitable. Even though the Thirunelvelli Siva Pillais are Vella Pillais who belong to the Pandiya mandalam, they tend to differentiate themselves from the non-vegetarian Pandiya Pillais and claim supremacy. Similarly, even though the Shoziya Vellals and Karkathars both inhabit Chola mandalam and share their Pillai surnames, the vegetarian Karkathars claim supremacy over the non–vegetarian Shoziya Vellas.

Interestingly, the Thodaimandala Saiva Mudailars, Thanjavur (kumbakonam) Karkathars and Tirunelvelli Siva Pillai — though belonging to three different mandalam — tend to flock together due to common food habits (strict vegetarians) and traditions (most of them are Shaivites), and inter-marriage among them is sometimes acceptable. Each group claims supremacy over the others in terms of genetic purity, which is analogous to the fight between the “Vadakalai” and “Thenkalai” Iyengars.

Even though strictly speaking, these communities are minorities, they claim supremacy over other Pillais, Mudaliars and Gounders. Among the Pillais, the most isolated group is the Nanjil Pillais. They inhabit the Kumari mavattam (Nagerkovil and Kanyakumari). The other Tamil Pillais don’t marry with them, since these people are strongly influenced by the Kerala culture. The Nagerkovil Kanyakumari area is located on the tip of Kerala and Tamil Nadu; it was once part of Kerala and is now in Tamil Nadu). The strong Kerala influence is seen in there food habits, language (slang) and other customs which sort of differentiate them from the other Tamil Pillai communities. But since this community is of Tamilian origin, marriage with the Kerala Nairs, Menons and Pillais is prohibited. Thus the Vellala community of Tamil Nadu (and perhaps Kerala) even though has a long heritage which can be traced back to Sangam literature is largely diverse and much unknown to the modern world. 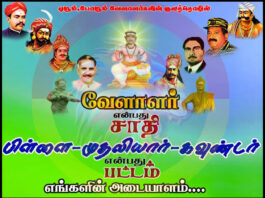 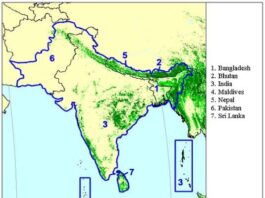 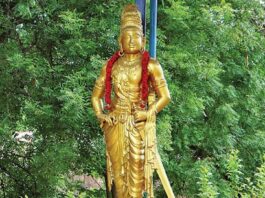 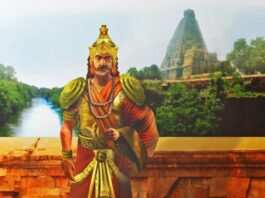 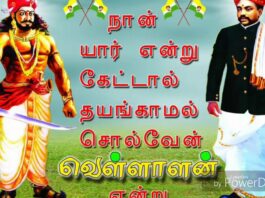 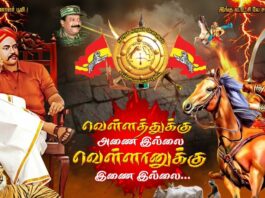